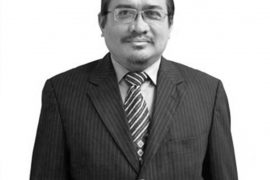 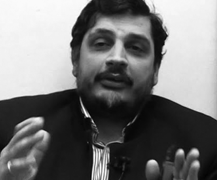 Sh Dr Ridhwan ibn Saleem studied the Islamic sciences with many leading scholars, including Sh Hamza Yusuf (1997-2000), Sh Muhammad al-Yaqoubi, Sh Nazim al-Haqqani, Sh Abdul Wahhab Najib Shami, Sh Muhammad Ba Shu’ayb, Sh Sirajul-Islam Chawdhry of Liverpool, and others. He benefited enormously from the personal company of Imam Zaid Shakir. He spent over 4 years in Damascus studying with scholars, and was a regular attendee at the public classes and sermons of Sh Sa’eed Ramadan al-Bouti, whom he had the blessing of meeting privately and being granted the Shaykh’s blessing and supplication for the work of the deen in the UK.

Sh Ridhwan holds university degrees in Medicine and Anthropology and is a consultant psychiatrist. His scholarly qualifications include a traditional hand-written Ijaza to teach the Islamic sciences issued by Sh al-Yaqoubi (1426/2005), and an Alim degree issued by Sh Akram al-Nadwi, endorsed by Nadwatul-Ulema, India.
Sh Ridhwan is founder of Lady Nafisa secondary school for girls and founder of the Ha Meem Foundation in West London. 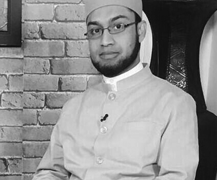 Sh. Abdullah Hasan studied Islamic studies in the UK and in the Middle East for over 10 years. He specialises in Fiqh and Usul, Zakat, and ahwal al Sakhsiya. Over the last 15 years or so he has researched and studied secular and Islamic psychology and counselling frameworks. He has been providing pastoral, spiritual and counselling help to individuals and couples from the Islamic counselling framework he has developed for the last 15 years all over the UK. Sh. Abdullah Hasan has enormous interest and passion in the field of community and people development. He has over 10 years of management, leadership and training experience within the third sector. He is the founder of British Imams and Scholars Contributions & Achievement Awards (BISCA), which is a national platform to celebrate, support & nurture positive leadership within the community. The Founder of British Institutes, Mosques & Association Awards (BIMA), which is national platform celebrating the achievements of mosques and Islamic institutions. A founder of Imams Against Domestic Abuse (IADA), an international coalition of leaders to end domestic abuse. He established the first ever Islamic post graduate counselling course – Licensed Islamic Professional Counsellor (Ijazah-acrediation), and the British Islamic Psychotherapy and Counselling Association. 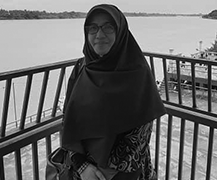 Dr Tuti is a Consultant adult Psychtariast and senior lecturer at the National University of Malaysia. She has been working in this area for over 15 years.

Dr Tuti achieved her MBBS (The University of Adelaide)
Doctor in Psychiatry from The National University of Malaysia, Electroconvulsive Therapy Fellowship from Duke University. 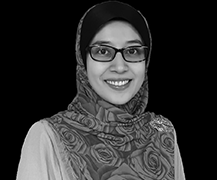 As an academic and a clinical psychologist, Jamilah Hanum’s career in the field of psychology includes working with individuals in academic settings and clinical settings. She currently serves as an Assistant Professor in the Department of Psychology, Kulliyyah of Islamic Revealed Knowledge & Human Sciences, International Islamic University Malaysia (IIUM). She also practices her clinical skills and provides psychological services at Psychology Services Unit in the department. Her previous working experience includes Executive of Human Resources & Administration with Petroliam Nasional Berhad (PETRONAS). She worked in the area of human development, human planning and budgeting, and recruitment. 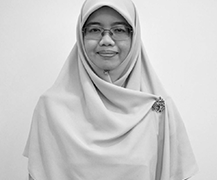 Ust Azlina Roszy is a Chief Executive Officer and Consultant Clinical Psychologist. She is a former lecturer at the Islamic Studies Academy, Doha, Qatar, Lecturer and clinical psychologist at the faculty of Allied Sciences, University Malaysia, KL. She has Master of Clinical Psychology, University of Malaysia, BA Clinical Sciences, King’s College, London, and University of Wales College of Medicine. Her professional areas of interests include, neurodevelopmental disorders and intellectual disabilities, marital and family therapy, spiritual and Islamic psychology, child neuropsychology. 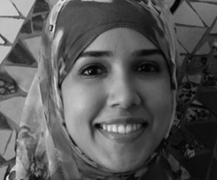 Asma’s a Canadian Psychotherapist and Educator. She’s worked with diverse communities in the Greater Toronto Area in the fields of Psychotherapy, Community Development and Outreach since 1995.

Asma has practiced Psychotherapy since 2012, working with individuals experiencing mood and personality disorders, trauma, abuse, relationship and family disputes, grief and loss.
Prior to starting her Psychotherapy practice, Concentric Care, Asma worked as a counsellor with the Hamilton Family Health Team, and the Stonehenge Therapeutic Community.

Shaykh Yunus Mohamed is an Islamic Studies teacher who has a long-standing history of outstanding teaching and positive engagement with his students. 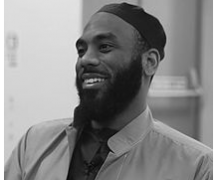 Shaykh Bilal Brown has studied over 8 years across the Muslim world in the Middle East shortly after his acceptance of Islam in 1999. He returned to the UK in 2006 however departed again in 2008 to further his study of the Islamic Sciences.

In 1997, Shaykh Zuber Karim graduated with a BA/MA equivalent in Islamic theology from Bury Islamic College where he studied the Sunnah, Qur’an and Fiqh.